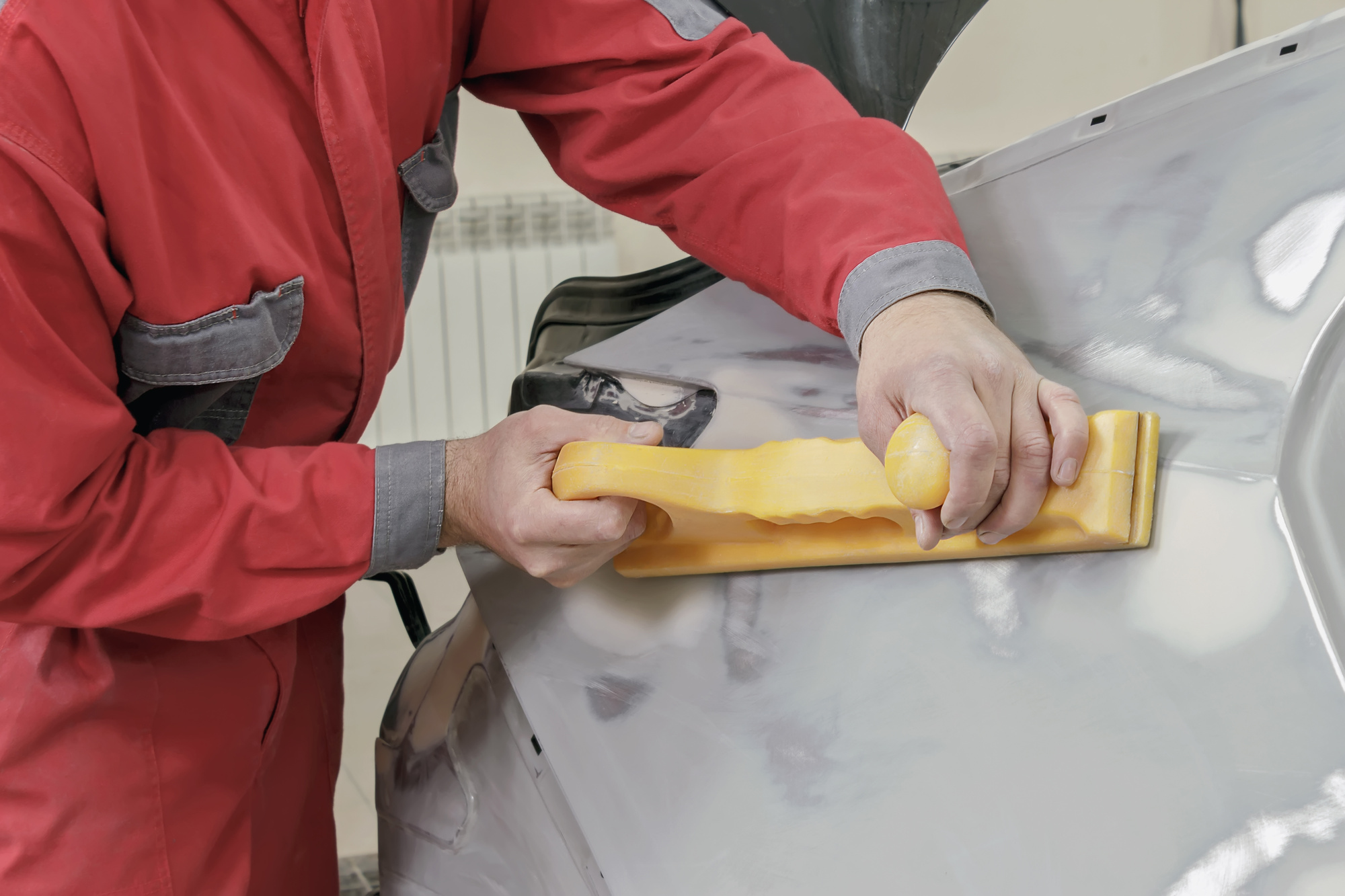 admin2020-04-20T15:49:49+00:00
You're in the midst of opening an auto body repair shop. While you're planning to offer a number of services, one of your most prominent will be paintless dent repair. Your only question now is: how much does paintless dent repair cost? In truth, the cost can vary based on a number of factors. Curious as to the most prominent of these factors? We're going to get into them below, helping you to become the best cost estimator possible.

Factors That Affect the Cost of Paintless Dent Repair

The factors that affect the cost of paintless dent repair are many. These factors include the following.

One of the biggest factors in deciding the cost of paintless dent repair is the size of the dent that's being repaired. Simply put, the bigger the dent is, the more money its repair will cost. So, while a 2-inch-in-diameter ding will be on the low end of the spectrum, a 12-inch-in-diameter dent will be on the high end of the spectrum. Often times, auto body dents are compared to coin sizes. So, while a dime-sized dent will cost fairly little to repair, a half-dollar-sized dent will cost quite a bit to repair.

2. The Depth of the Dent

3. The Location of the Dent

The location of the dent can also have a large effect on the cost of repair. As far as location is concerned, there are two sub-factors to take into consideration: the ease with which the dent can be accessed and the positioning of the dent on the damaged panel. The harder the dent is to access, the more time the repair will take to complete, and the more the cost of labor will increase. So, if a number of components must be removed in order to access the dent, the repair is going to be fairly costly. When it comes to the positioning of the dent on the damaged panel, you must only differentiate between an edge dent and a non-edge dent. Dents located on the edges of panels require greater precision in their repair, as so are generally more costly than dents that aren't located on the edges.

As you might expect, the quantity of dents present has an effect on the cost of repair as well. This is true whether the dents are close to each other or spread apart. For instance, if your vehicle suffers hail damage resulting in several large dents taking shape within a panel, the repair of those several large dents will cost more together than will the repair of one moderately-sized dent. This is because they require more precision in order to be repaired.

5. The Positional Relatedness Between Two Dents

Just as a single dent can be cheaper to repair than is a cluster of closely positioned dents, a cluster of closely positioned dents can cheaper to repair than are a number of dents spread widely apart. In other words, the positional relatedness of dents makes a difference in terms of repair costs. The reason for this? The ease with which the dents can be accessed. When dents are positioned closely together, they can be accessed in the same manner. But when dents are spread far apart, several different methods of access must be facilitated. This takes more time and effort, and thus results in a costlier repair.

Depending on the severity of the hail damage, paintless dent repair can run anywhere from $75 to as high as $15,000 and more. As such, when assessing dents, you must do your due diligence. Small, dime-sized dings generally come in at between $75 and $125 apiece. Medium and large-sized dents usually cost between $150 and $350 and up to repair. You don't want to charge so little that you're not making money. However, you don't want to charge so much that you're losing customers either. So, assess every situation on an individual basis and make sure that you're getting the estimate correct.

Now, you might be wondering: is paintless dent removal always viable? Simply put, no. If there is paint damage along with the dent, paintless dent removal will not work to rectify the entire problem; while it will remove the dent, it will not fix the paint. So, what is the alternative? The alternative is traditional dent removal, a method of removal in which the dent is hammered out and then painted over. While it's extremely effective, it's also expensive . . . not to mention strenuous and time-consuming. As such, when possible, you should be making use of paintless dent removal. It's quick, easy, and cost-effective, both for the auto body specialist and the customer.

And there they are, the factors that determine paintless dent repair cost. As you can see, the cost of dent repairs can vary dramatically from one dent to the next. So, to ensure that your shop is getting its fair due, you need to assess each dent carefully. In need of a little help with the estimations? The Sullivan PDR Cost Estimator is the tool to use. It takes all of the dent's characteristics into account, providing a fair and accurate money value for both the shop owner and the customer. Try it free now for 30 days!
By adminblogComments Off
Read more...